Few people know that poachers are part of sophisticated crime syndicates investing millions of dollars in weapons and technology to kill animals. This integrated campaign engaged audiences with disturbing facts about poaching and employed a $50,000 match to incentivize giving towards African Wildlife Foundation’s anti-poaching efforts.

Rather than present information through a static infographic, we developed an interactive microsite, putting you behind the poacher’s “crosshairs.” The animation effect allows users to zoom in on each animal, simulating the poacher’s viewpoint while using night-vision goggles in a low-flying helicopter.

Across digital and social media channels, each piece puts the user in the poacher’s perspective and imbues a sense of seriousness to the calls to action. The integrated campaign also included a direct mail insert driving supporters to the microsite.

The four email appeals saw a remarkable response rate of 0.12%. This campaign brought in $54,523 online towards AWF’s work to fight poaching, surpassing the $50,000 goal in online revenue alone. 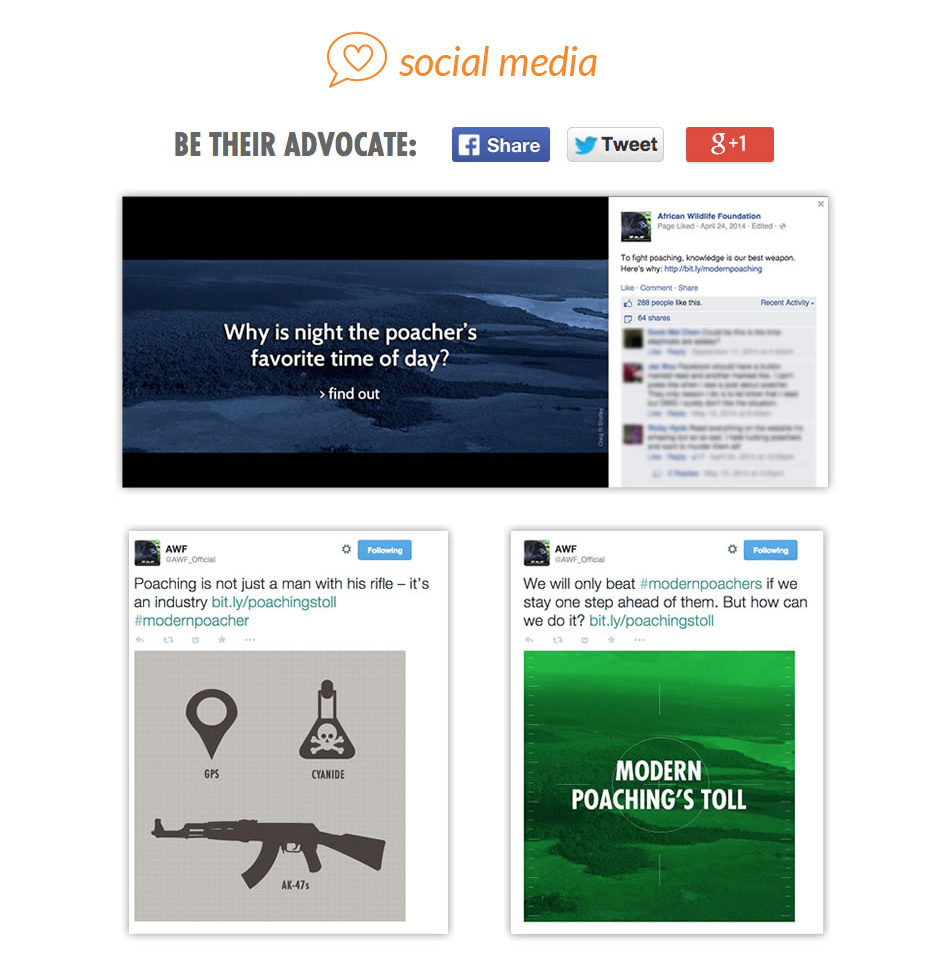 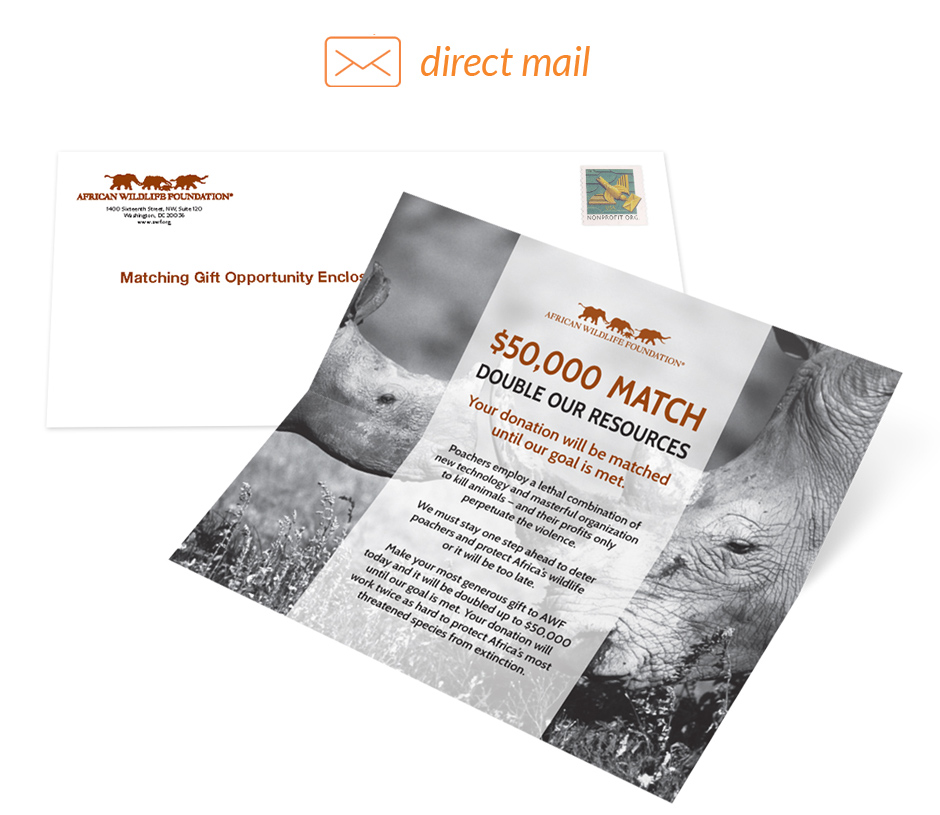