In the fall of 2018, the midterm elections dominated the news and threatened to divert the attention of AWF’s target audience away from protecting Africa’s wildlife. To keep elephants and other beloved species front and center, we built a campaign that showed AWF’s constituents how their vote in the U.S. midterm elections could save elephants.

The campaign began with a cultivation phase. A special landing page used animation, infographics and hard-hitting copy to first detail AWF’s progress toward the conservation of wildlife. This was followed by facts on how Trump’s anti-science, anti-conservation agenda is undermining that progress.

The audience was asked to take a two-part action: first, to become one of 50,000 people who pledged to vote for candidates who are pro-environment and pro-wildlife. Second, they were asked to make a gift ensuring that – no matter what happened on November 6 – African Wildlife Foundation could continue to protect wildlife and wild lands. Infographics and animation continued to be used throughout the fundraising portion of the campaign in direct mail, emails, web components, and social media.

Explore the campaign at: https://campaign.awf.org/2018-voteforwildlife/ 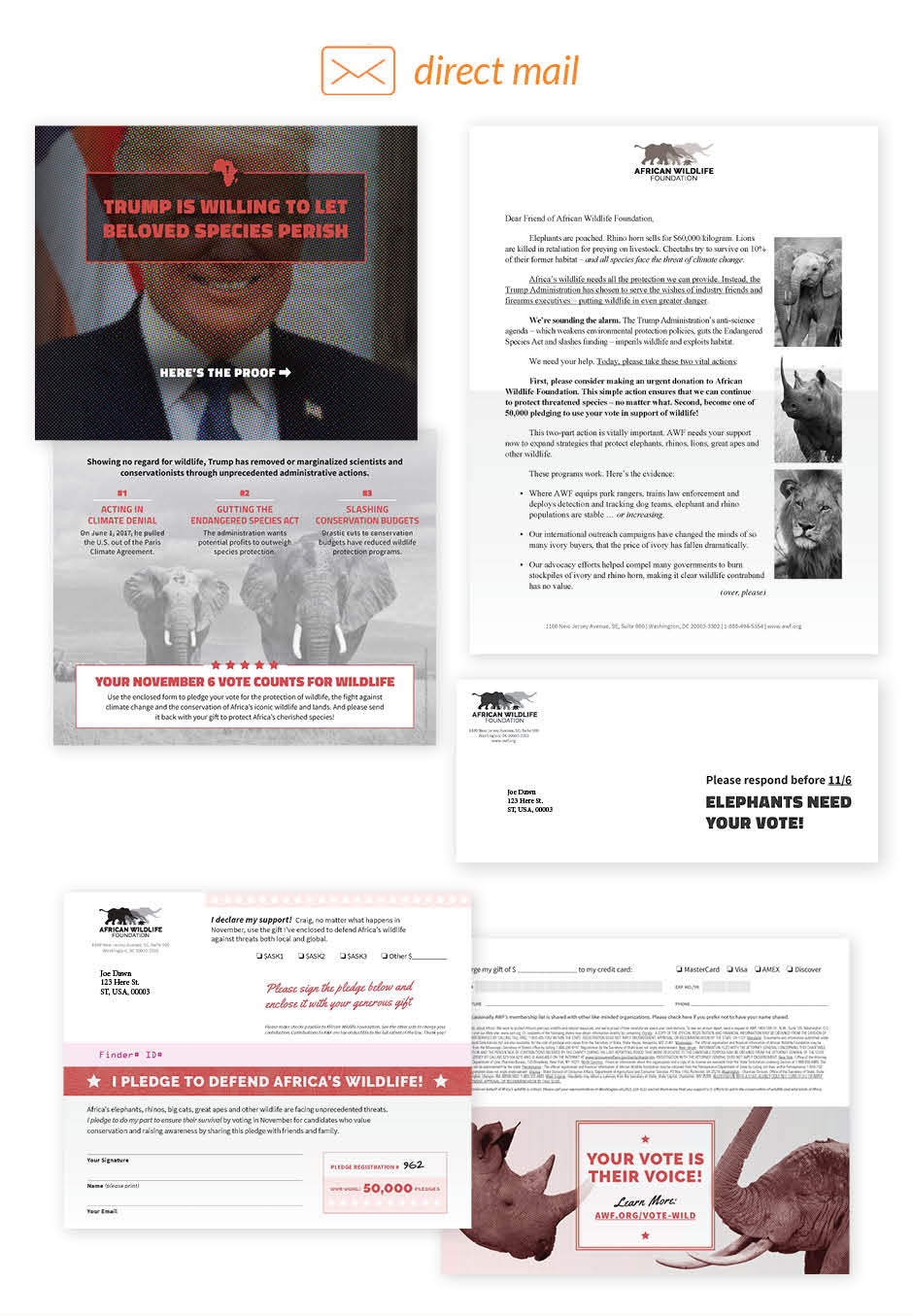 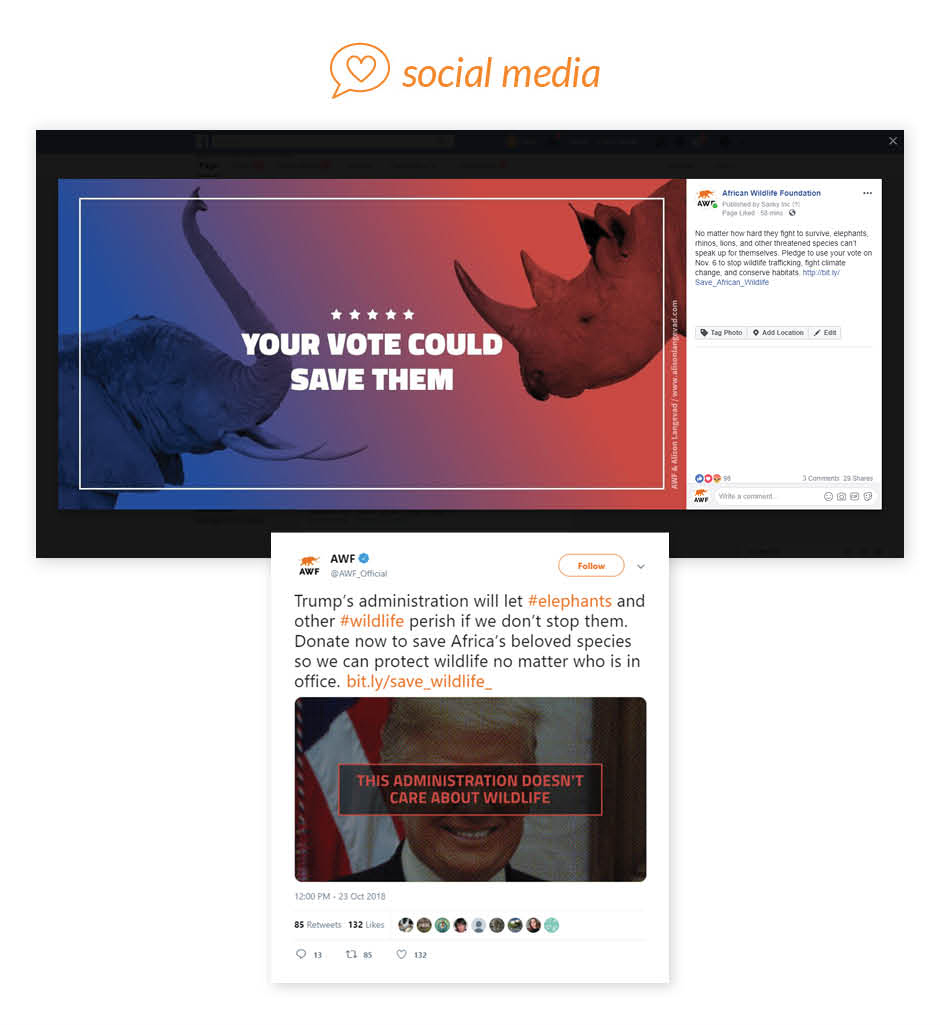