As the nation’s leading civil rights law firm, the NAACP Legal Defense and Educational Fund (LDF) has a long history of protecting voters from disenfranchisement. Voting rights become particularly relevant during election cycles, which is why we created a fully integrated digital and direct mail campaign for LDF in the months before the 2016 presidential election.

The campaign began with an online survey to engage and educate supporters on civil rights issues. To expand our reach, we also mailed a personalized letter to donors signed by LDF’s President and Director-Counsel, including an infographic that paralleled the digital piece and a reply device asking donors to complete the survey by mail and return along with their donation. A series of branded emails and social media posts followed, asking people to help LDF continue to champion equal rights in 2017. Election Day was used as a deadline to increase urgency.

Launched during a contentious moment in the election cycle, this campaign was a strong source of lead generation, helping LDF to quadruple their donor file. 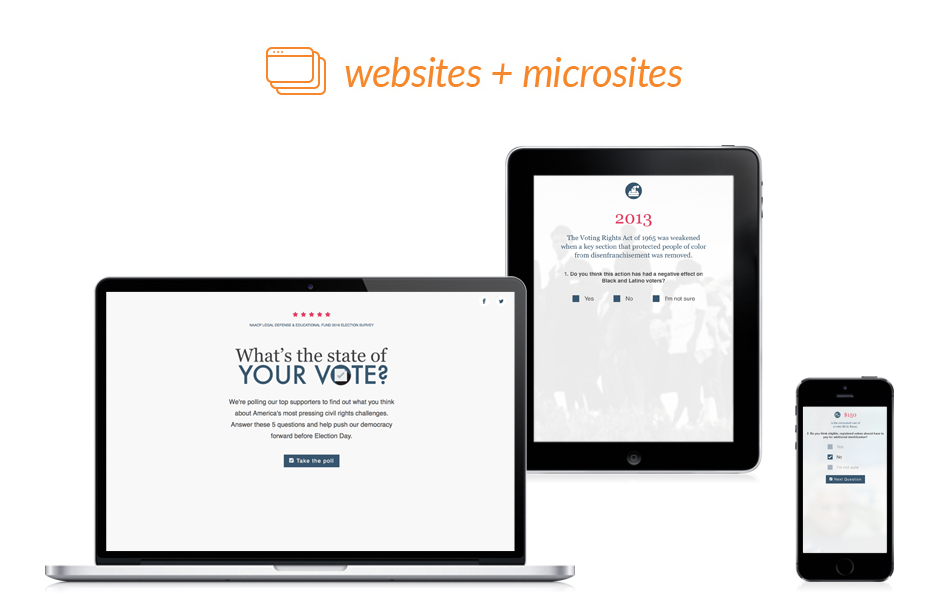 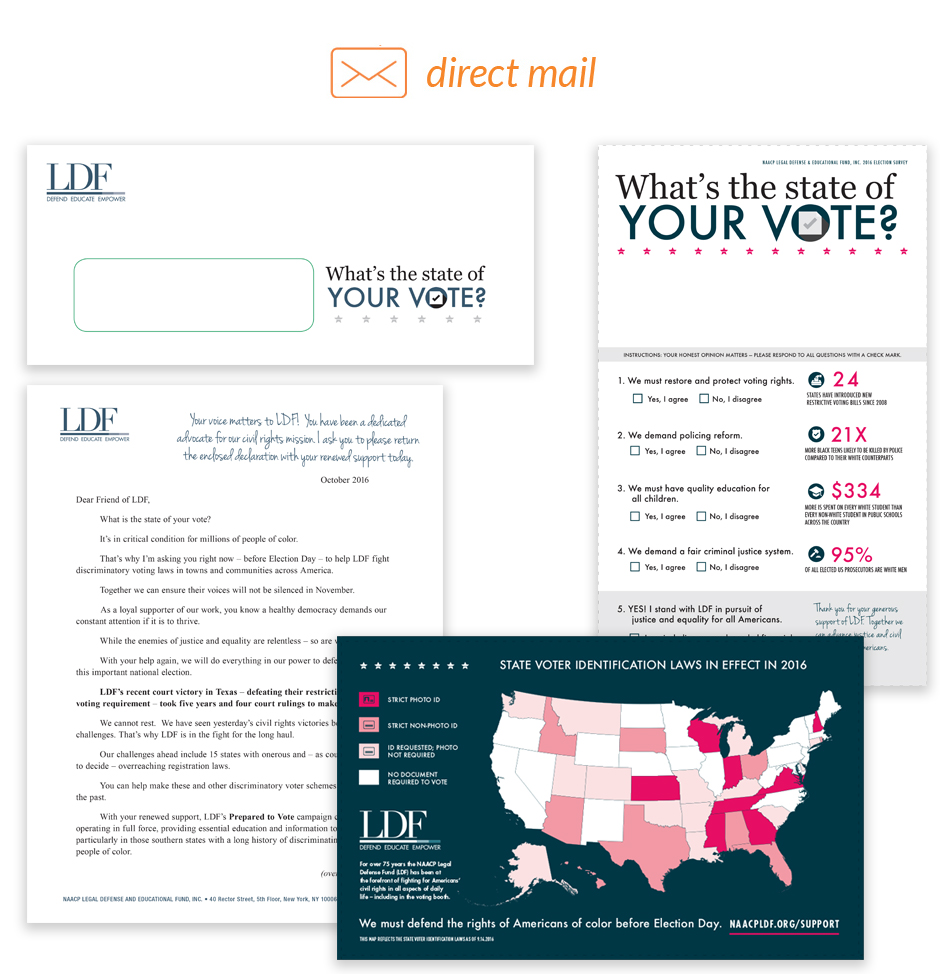